HELLO. WOAH 10A10 HAS A CLASS BLOG. If this isn't another display of awesomeness, I don't know what is. [What on earth do I write in this space, crap.]

Sunday, August 29, 2010 @ 11:26 PM
HELLO A10,
please feel free to post on the blog k! esp if any of you subject reps have announcements to make ;) the password and usern. quite easy to remember! haha i entered the account on my first attempt at guessing the password haha but if you can ask me if you forgot what it is xD
anyway, TEACHERS'DAY2010 is coming up in 2 days!
dear faithful blog readers, here are the dances for the ACES thing we have to do for tcd so you guys can master them! HAHAH do council a favour and learn them well alright! The better you guys cooperate, the sooner we get to enjoy the tcd celebrations ^^

Beechwood by The Carpenters


I've got my mind set on you by G. Harrison


Wild Wild West (heh i like this video the most)

See you all tomorrow and let's look forward to the TCDholiday! :D

LET'S HAVE A CLASS PARTY DURING JUNE HOLS! AYE? :D 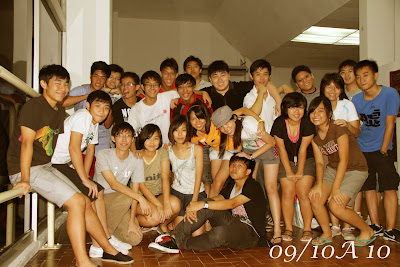 dearest a10,
grab the other photos off my fb album alright!
have a good rest everyone, (and work hard for thurs' econs test)
lovelovelove,
phyllis
JAY TEE ASS.
Saturday, May 1, 2010 @ 9:31 PM
HELLO A10
YAYYYYY OUR LONG AWAITED JTS. A BBQ/POOL PARTY.

When: next Saturday, 8th May

Any suggestions for something special we can do at JTS? Hopefully something fun/bad to the seniors! Or suggest movies :) one example's Bruno. Eek. 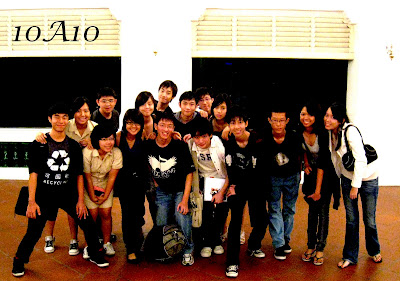 i heart adam lambert. i would paint my nails black for him. 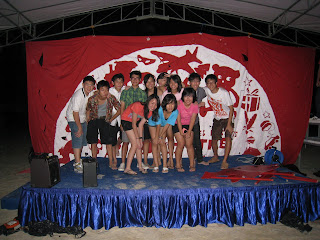 Tip #1: Play with the iPhone at your crotch, as an extension of your crotch.
Proven hypothesis: Level of manliness is directly proportional to iPeePee score. (guess who sucked at the game!)

Some official things to tell you guys first. It's according to the sms I received:
1. Must invite teachers to fac outing
2. Food eating competition: representing in our class in this Olympic-equivalent of a sport is... ShaoWee/Jeremy! (see how)
3. Bring mats if you do not wish to sit on/are allergic to sand
4. Allowed to bring junk food if you want (no drinks)
5. Come earlier for fac outing course of long travelling time. Fac hunk/babe selection at 7:30+ AHH Phyllis!
Take note of the above okay, don't be a BITCH(beach).

That aside, Jeremy suggested we should have a CLASS DRESS CODE! which sounds really awesome, provided we can think of something. Direct suggestions to tagboard or post something here k, yay.